Back in the ADK. Funny how it draws us every two months, and it has been that way for the last 7 years. “Vacationing” traditionally a one to two week break that is taken two times a year, has never been possible for us.Instead a three day end of week/weekend works best by not cutting deeply into a work week and allows a physical break from daily routine. This is how we have been able to maintain high level stress and taxing decisions during norman work days.

We have never attempted to hike in below zero weather. It poses challenges greater than putting one foot ahead of the other and knowing what gear to switch out to. Keeping your nose, for instance is what is important, exposure to extreme cold will frost-bite skin in a short time, and is painless while it is happening but damage is life long afterwards. It was a long beautiful trek with a gradual incline

that was wooded and slightly snow covered. It was a beautiful clear day and the crunching sound of the micro spikes was all that could be heard.

Ampersand mountain is in Saranac Lake, an area that we have yet to hike, so although it is the Adirondacks it was outside of Keene and Lake Placid area which we are familiar with. Driving 30 minutes to get to a peak added a bit of stress to the day, but we looked at it as expanding our comfort zone to add to our experiences. At the start of the final mile the trail took a sharp ascent, was icy, and far too challenging for us to attempt after two hours of hiking. We opted to turn back, and save this summit for later seasons when crampons are not needed. Total hours: 5

This is one of our go-to hikes when we want a lower trek, no or minimal altitude. The reward at the end is a serene waterfall and a great comfy tree covered  rock that you can sip coffee, cider and snack on trail mix.

It was warmer (14 degrees!) windless and a bit cloudier but we were under dense woods for the entire hike, so it’s not as if we were going to summit and catch a grand valley view. It was a great day and a relaxing walk, just what was needed after the challenge of slick ice covered boulders.

One of our favorite things to do on a winter hike is to look for footprints of the wildlife. We are always amazed at the absence of animals when we are up in the mountains and we attribute it to the fact that they are way too shy to be seen. On the other hand… they may just be stalking us and waiting for us to weaken and then pounce! We made the mistake of watching a horror movie of a couple that were camping in the Canadian wild and were attacked by a bear. A cautionary tale that stays with us and is never too far from our thoughts when in the woods! 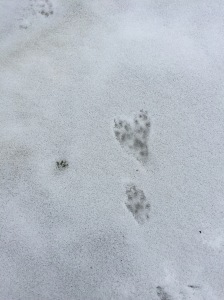 Spotting moose prints was a pretty exciting event for us. I feel its the closest we will ever  get to “seeing a moose” but, we will be coming back, there is always a next time.

The hike was challenging. This is the second time we have done Rooster Comb, the first time was in October of 2010. It was criss-crossed with elaborate  bolder stairs and traverses that ascended pretty quickly to 2700. When we saw the ice covered stairs at a 45 degree angle, we opted  to call it, and once again come back later in ice free seasons. It would not be a wise choice to make one wrong slip and ruin the rest of the season to an injury. It was a beautiful crisp day, all along the way glimpses of the sky and mountains would remind us why we keep coming back. 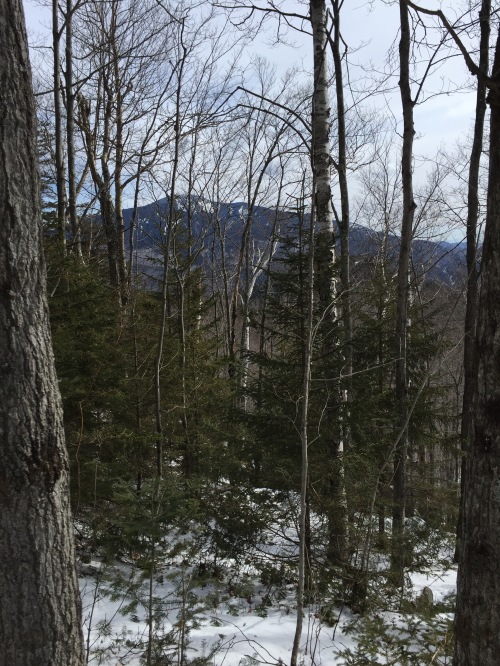 for the love of making yarn

Growing and harvesting a bounty of blessings in my potager.

Footnotes to life start in the Library